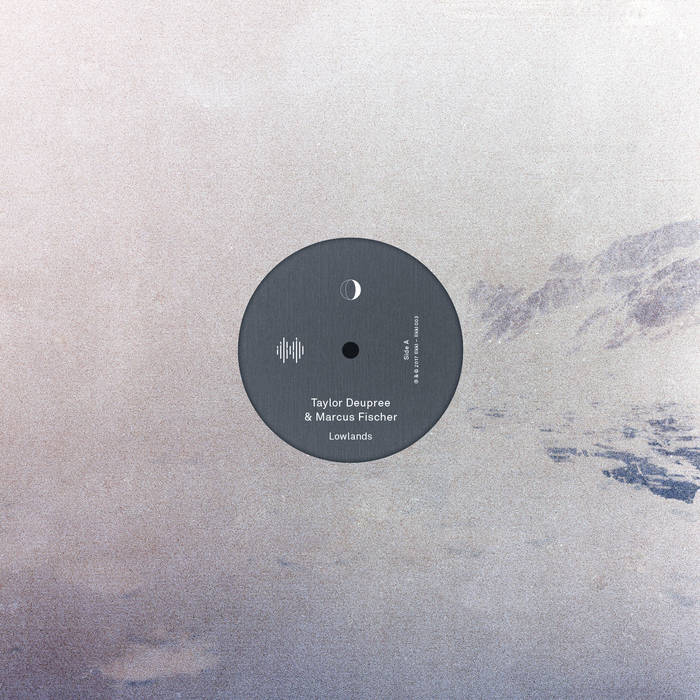 you can ORDER the vinyl, the book or the complete package too via the SITE including a FREE DIGITAL CODE too for the complete album : www.iikki-books.com/shop


Lowlands began when Ester Vonplon traveled to Spitsbergen in the Arctic Ocean in summer 2016. She sailed the ice-clogged seas of the Arctic Ocean on a three-masted sailing vessel, to capture the impressions of the calving glaciers and melting ice.
This journey in the Arctic Ocean was the perfect beginning for Taylor Deupree & Marcus Fischer to compose and record Lowlands.

Lowlands is the result of a dialog between the artist Ester Vonplon and the music artists Taylor Deupree & Marcus Fischer initiated by IIKKI between April 2016 and April 2017.

Ester Vonplon (1980) lives and works in Castrisch, Switzerland. She studied photography in Berlin and has finished in 2013 her Master in Arts at the ZHdK in Zurich. Her work has been awarded several times amongst others Manor Kunstpreis, 2017. Her work has been shown in numerous solo and group exhibitions, among others including Bündner Kunstmuseum, Chur, Kunstmuseum Thun, Museum Allerheiligen, Schaffhausen, FOAM Amsterdam, FOMU Antwerpen, Dafen Artmuseum Shenzhen and at Artfairs and Festivals. Ester has been nominated as one of the new discovery awards for Les Rencontres d'Arles 2017 where Lowlands will be exhibited.(www.estervonplon.com)

Taylor Deupree (b.1971) is an American electronic musician, photographer, graphic designer and mastering engineer residing in Brooklyn, New York. He’s well known for the founding of the 12k record label. His music today emphasizes a hybrid of natural sounds and technological mediation, and shows a marked attention to the aesthetics of error and the imperfect beauty of nature, marked by a deep attention to stillness, to an almost desperate near-silence. Since 1998, he has recorded a dozen of solo albums and collaborated with some music artists such as Ryuichi Sakamoto, Marcus Fischer, Stephan Mathieu, Savvas Ysatis, Christopher Willits, Stephen Vitiello and more.(www.taylordeupree.com)

Marcus Fischer (b.1977) is a musician and an interdisciplinary artist based in Portland, Oregon. His work typically centers around memory, geography and the manipulation of physical audio recording mediums. Slowly unfolding melodies and warm tape saturated drones have become a trademark of his recordings. These sounds have found their way into multimedia installations and short films, as well in live and physical releases. Fischer has released a number of recordings on the widely respected 12k label including his photographic and some collaborations with label founder Taylor Deupree.
Fischer performs solo, in collaborations, and as a member of unrecognizable now, secret drum band and wild card.(www.mapmap.ch)